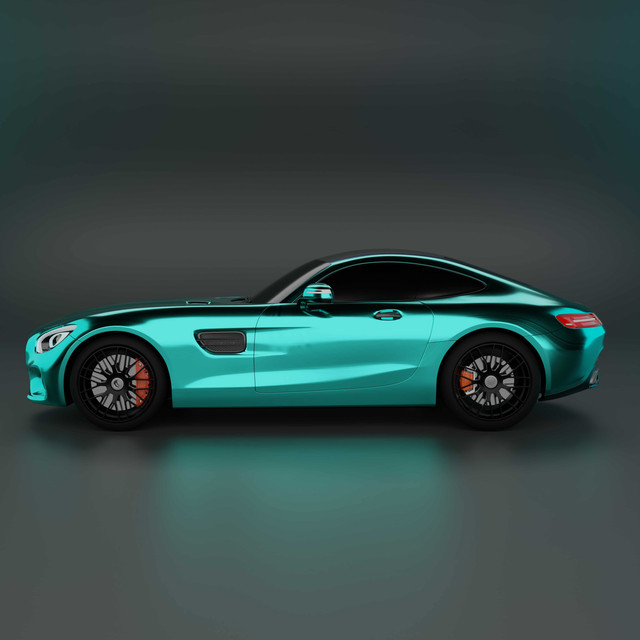 During the early years, Scuderia Ferrari sponsored race car drivers that were driving Alfa Romeo cars. Scuderia Ferrari would prepare Alfa Romeo cars before the race, and in 1938 Enzo Ferrari became officially employed by Alfa Romeo’s racing department. Two years later Enzo Ferrari found out that Alfa Romeo was planning to absorb Scuderia Ferrari, a plan which Enzo Ferrari strongly opposed. He instantly left his job at Alfa Romeo, but his contract restricted him from being involved with racing for several years. He changed Scuderia Ferrari into “Auto Avio Costruzioni Ferrari” and officially manufactured aircraft accessories for a few years. Enzo Ferrari did however create a race car during this restricted period. The Tipo 815 debuted at the Mille Miglia race in 1940, but the race was hampered due to World War II and Tipo 815 encountered no real competition. In 1943 Enzo Ferrari moved his factory to Maranello in Italy and one year later the factory was bombed. After the end of World War II, Enzo Ferrari rebuilt his factory and now the Ferrari factory was capable of construction road cars as well.

Ferrari constructed its first road car in 1947. The 1947 125 S Ferrari had a 1.5 L V12 engine and the whole car was considered very beautiful and well designed. Enzo Ferrari was still more interested in race cars and the Ferrari road cars was merely a way for him to fund his work with the Scuderia Ferrari. His distaste for the road car customers became famous and he even accused them of buying Ferrari cars only as status symbols. It is true that the Ferrari road cars grow to fame not only due to excellent performance but also thanks to their stylish elegance. Pininfarina, Bertone, Ghia, Scagliette, Touring and Vignale are all examples of design houses that have worked with Ferrari.

In November 1961 a dispute between Enzo Ferrari and his sales manager, Girolamo Gardini, turned into a crisis. Girolamo Gardini threatened to leave the company. Enzo Ferrari responded to the threat by throwing out Girolamo Gardini, and several employees who agreed with Girolamo Gardini were also ousted. Among them were Romolo Tavoni, manager for Scuderia Ferrari, Giotto Bizzarrini, the chief of the experimental sports car development, and Carlo Chiti, the chief engineer. This was naturally a huge loss for the Ferrari company and the crisis deepened when those who had been thrown out formed their own company – Automobili Turismo e Sport (ATS). ATS even managed to take over Scuderia Serenissima, a very successful racing team, from Ferrari.

A younger engineer, Mauro Forghieri, and an experienced racing bodyman, Sergio Scaglietti, assumed responsibility and tried to finish the projects that the leaving employees had left behind. One of the most important tasks was to finish the development of 250 GTO; a new 250-based model that could compete with the Jaguar E-type. The 250 GTO was finished in time to participate in the Sebring race and place itself first in class, driven by Phil Hill. Throughout 1962, the 250 GTO continued to win the races and it is still one of the most well known race cars in history. The crisis turned out to be something good for Ferrari and the 1960s became a very good decade for the company.

Until the 1980s when Ferrari began to use fuel injection in the road cars, the Ferraris were known as rather temperamental cars. They could be very unreliable, but would still attract a large group of dedicated fans that viewed this unpredictability as “character” rather than a problem. Today, FIAT controls 56 percent of the Ferrari stocks. The rest of stocks owned by Enzo’s con Piero Ferrari and by Commerzbank, Mediobanca and the Lehman Brothers. Maranello is still the home town for Ferrari.