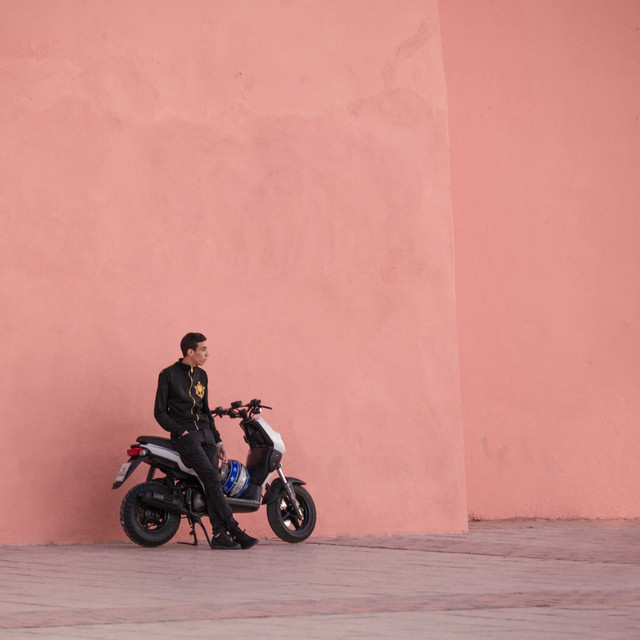 Motorcycle racing is like no other, as you race on something invisible and win. Well invisible to most and not always invisible to all. How can you race on something invisible you ask? Let’s see what is visible and find that which is not. To race anything you require a controlled or closed circuit for safety from outside interference, like road signs, phone poles, and of course, police. In this controlled area is a grand prix layout of an asphalt track with run off areas. The track has a certain width, and length, turns, elevation changes and so on. And it has this invisible thing called the racing line, or simply, the line.

The racing line is the super highway on the track, the shortest and fastest way around the track, and in the case of motorcycles, is only inches wide while going in a straight line, and a couple feet wide in the corners, depending on the riders’ style. But you cannot see that can you? And neither can anyone else, but it is there. It is always there, as long as the track is intact, 24/7, every day of the year, even below 10 feet of snow in winter. The racing line is what determines all things on the track, like where slower riders are to move away from, flag marshals and the flags to wave about the track conditions, and many more functions all having to do with the racing line during a race.

But there are all the days where no race is being held, but motorcycles are allowed on the track, and again, the line is still there. And as a courtesy towards the riders going faster is to yield to them, and if you’re clever, follow along if you can and see the racing line he is following. You just might see that invisible line as you go, and if you do, you might notice how fast you made a lap around the track.

Now as I said, there are times when the racing line will appear for all to see. If the weather is moody and it has rained before a race, the track will be wet or real damp at race time with no rain falling. The track will be dark colored at the start of the race, but if no further rain falls, the track will dry, and it will dry fast where the bikes are, and they are following the line. Then as the line gets dry, it will get lighter in color, like a narrow ribbon going around the track. You have found the racing line, and it stands out until the complete track dries and it goes back into hiding.

The racing line can spell trouble for riders if it is interfered with at any time, and it can be one of the most overlooked things on the track by those who enforce the rules for racing. Two cases in point in 2011, the first at Phillip Island at a MotoGP race, no names though. A rider had gone past the checkered flag, had slowed and was following the line to check his bike. As he came around a corner, a rider appeared out front. But there were two riders, one on the line stopped which he saw, the other off the line also stopped, that he did not see. The rider going along on the line crashed into the rider off the line, and got the blame for that crash. The rider that stopped on the line was actually wrong because he stopped on the racing line causing the chaos. The racing line is the expressway, and you never stop on an expressway do you?

The second case was a week later during a race when a rider lost control of his bike on the second lap. That was nothing unusual until he came back into the line. That was a fatal crash, and most know who, but no names. This is after all, about the racing line that when it is interfered with, chaos happens.

So, if you go to a track on a day when it is open to the amateurs, and you do not know about or where the racing line is located, ask. There are always riders who are in the know about the line, and will help you see it. When will you know if you found the line? Look at your lap times. The lower time around means you’re onto something. The racing line maybe?